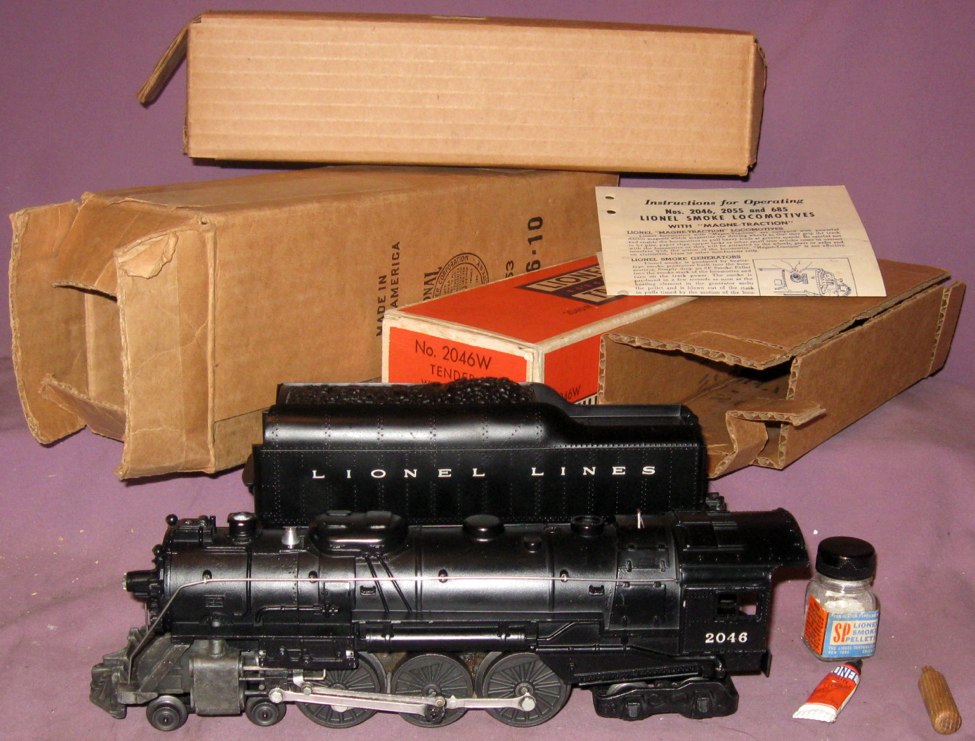 History
The 2046 steamer was classified by Lionel as a Santa Fe-style Hudson. It's a mid-size steam engine and sold as an 027 gauge item. The 2046 remains a dependable and quality locomotive and is identical to the 646 and 2056 steamer, except for its number. These three locomotives -- the 646, 2046 and 2056 -- are actually a combination of other Lionel steamers: their boilers are from the 736 Berkshire steam engine, but are equipped with the Santa Fe Hudson 4-6-4 wheel arrangement.

The 2046 steam engine was available in boxed sets or as a separate sale item. It is a common locomotive and only sold with the 2046W streamlined tender.

Additional Detail, Photos & Box Information
The length of the 2046 is approximately 11 1/4" long (front to back).

Three Window Cab - Shown in the photo above. - For the first two years of production, the 2046 was produced with two small cab windows with a larger rear window. This version is always equipped with the complete die-cast trailing truck.
Four Window Cab - For its final production run in 1953, the cab contained four small windows. This version is usually equipped with the die-cast trailing truck, but occassionally surfaces with the sheet-metal truck with plastic sides.