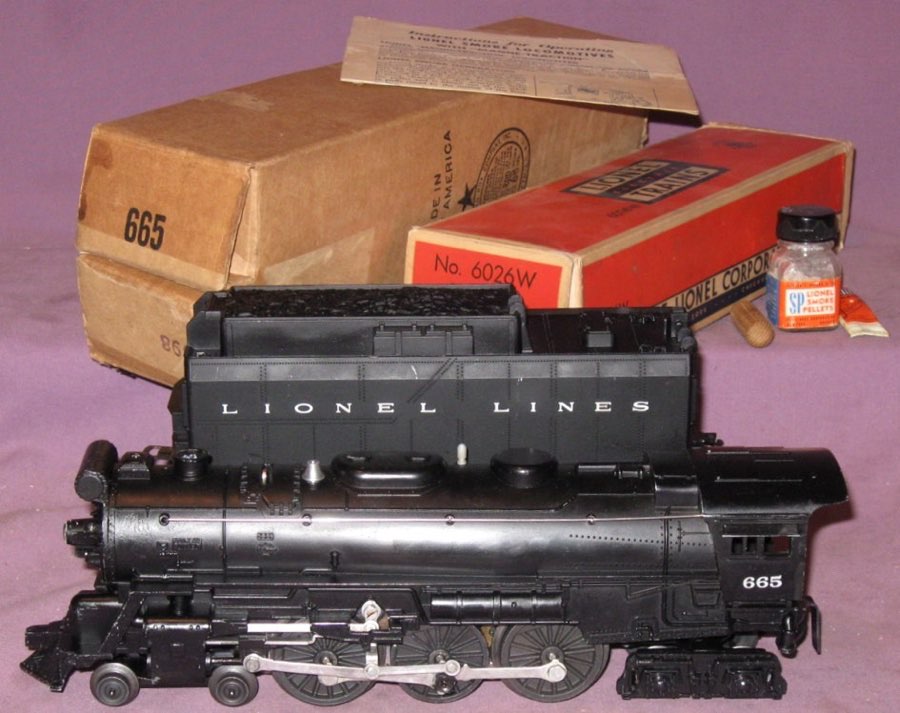 History
The 665 steamer was classified by Lionel as a Santa Fe-style Hudson. It's a mid-size steam engine and sold as an O gauge locomotive. The 665 remains a dependable and quality locomotive. With the exception of the cab number, the 665 has the same boiler as the 685, 2055 and 2065 steam locomotives with the only difference being the boiler fronts. On the 665 and 2065, the boiler front has an external feedwater heater tank above the headlight -- a nice add-on detail preferred by many operators.

Additional Detail, Photos & Box Information
The length of the 665 is approximately 11 1/4" long (front to back). Since the 665 was available with different tenders, its overall length depends upon the specific tender provided with this small Hudson.

Only Known Variation - The 665 did not undergo any changes during its production run. Although found with with the 2046W, 6026W or 736W whistling tenders, the 736W tender is the hardest variation to locate.