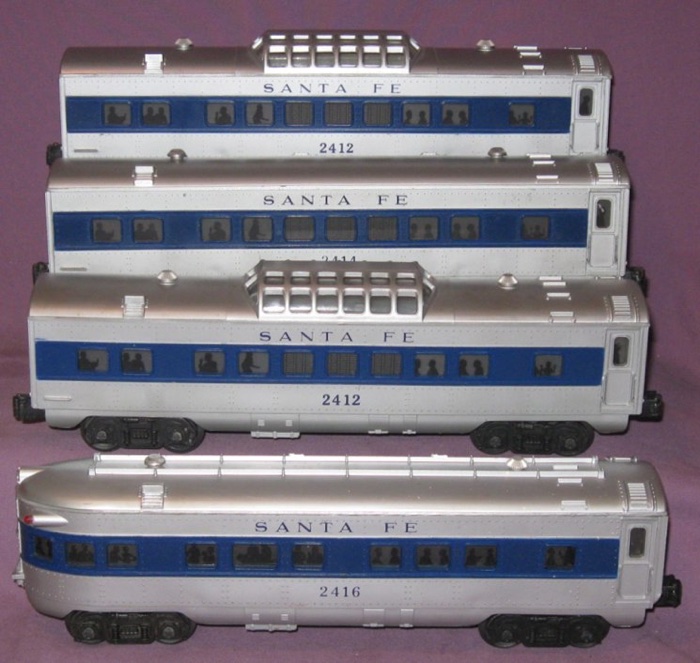 History
The blue and silver Santa Fe passenger cars of the late 1950's and early 1960's consisted of the 2412 Vista-Dome, 2414 Pullman and 2416 Observation passenger car. These passenger cars - commonly referred to as the Blue Stripe cars - were popular during that era and were included in complete sets as well as being available for separate sale. When sold as part of a complete set, Lionel always sold a four car set, which included either a four car passenger car (with two 2412 vista domes), or sets with one of each passenger car plus the 3428 US Post Office box car.

Although these passenger cars are somewhat common, the exterior silver paint is easy to nick, mark or scratch. Therefore, finding this set as a clean, complete outfit has become difficult as few have survived in collectable condition.

Only Known Variation - Shown in the photo above - All Blue Strip cars are silver with blue lettering and blue side stripe.