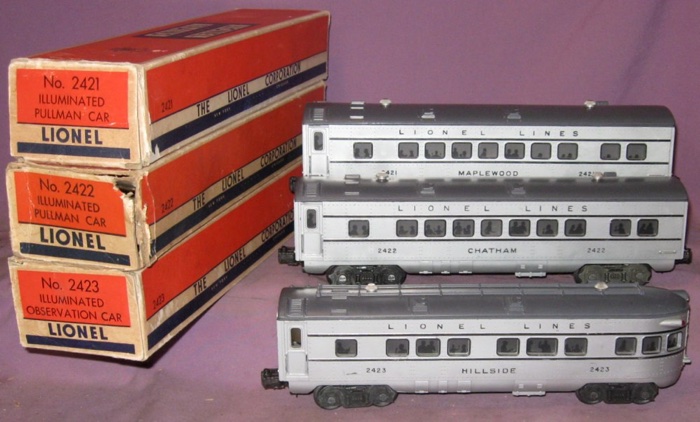 History
The 2421 Maplewood Pullman, 2422 Chatham Pullman and 2423 Hillside Observation passenger cars were manufactured in the early 1950's. Over the four year production run, Lionel created five different sets, two lead by a Union Pacif Alco diesel and three having a steam locomotive and the front of the outfit.

Unfortunately, the exterior silver paint is easily prone to nicks, marks and /  or scratches. These passenger cars are almost always found in poor condition. Locating clean, collectable examples will be a difficult task.

Two-Tone with Horizontal Black Strips - Shown in the photo above -The 1950 and 1951 production cars include a dark-gray painted roof with a black strip running the length of the car. Two of these strips appeared on each side, one above and one below the windows.
Single Gray without Black Strips - This is the later production run from 1952 and 1953 where all black side strips were eliminated and the roofs were now painted the same color as the sides. 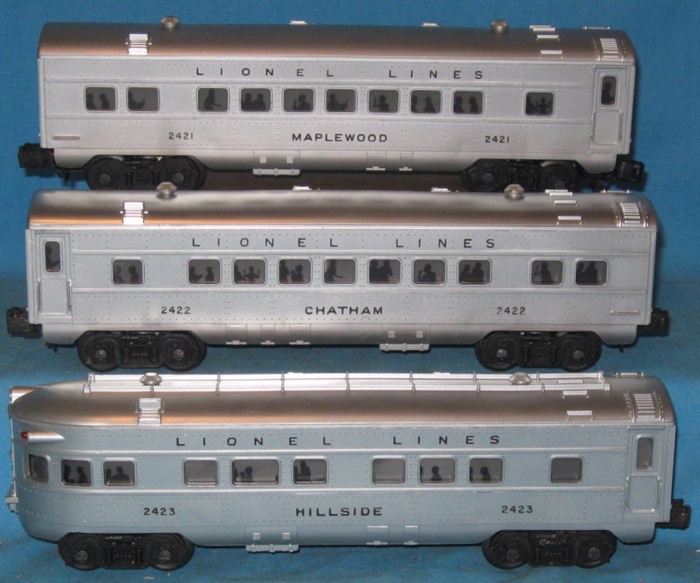