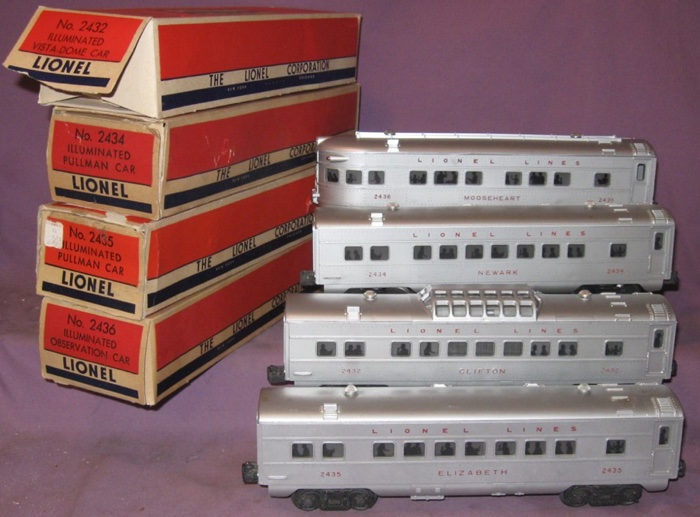 During the five year production run, Lionel offered a total of ten different passenger sets with these red lettered passenger cars. In addition to both steam and diesel outfits, Lionel created two, three and four car sets. Needless to say, there was a set for everyone's preference. In addition to boxed sets, the passenger cars were also offered as a separate sale items. Most experienced collectors believe production of these cars ended in 1958 with leftover inventory being catalogued and sold in 1959.

Only Known Version - Shown in the photo above - All red lettered cars are painted silver with red lettring.