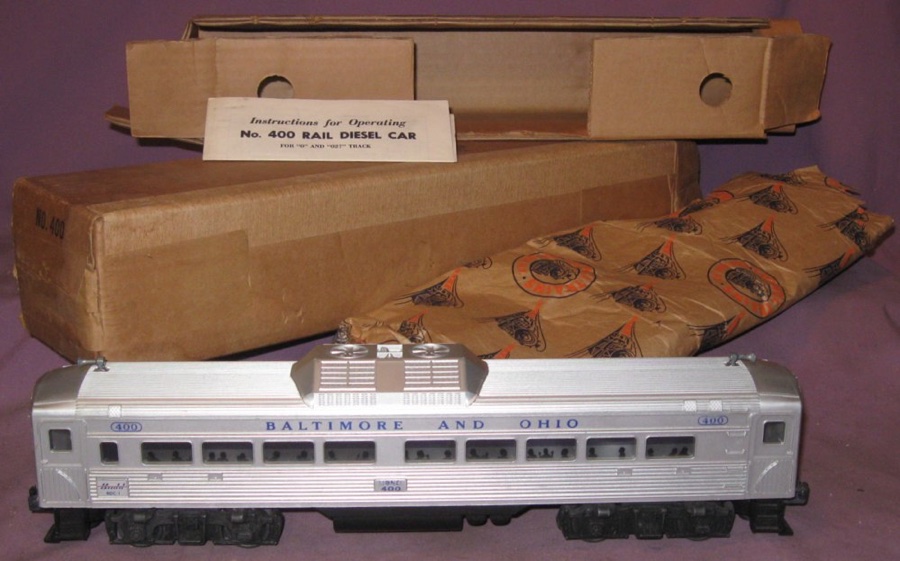 Lionel's model is commonly referred to as the Budd Car. During the postwar era, Lionel produced four Budd cars -- two motorized and two non-powered units. Both of the non-powered units are much harder to locate compared to the powered versions.

Features
Standard features of the 400 RDC include: silver painted body with blue lettering, operating couplers at each end, two-axle magnetraction, three-position E-unit, functional horn, interior illumination via three interior lights plus window silhouttes and an ornamental horn on each end.

Only Known Variation - All 400 RDC's are painted silver with blue lettering.