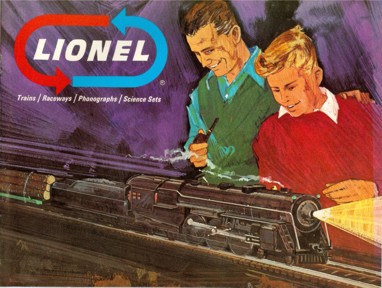 Most Lionel collectors acknowledge the 1966 catalogue as Lionel's final 'all-new' postwar catalogue. It's easy to see the company support behind new and traditional product offerings for the year. Even the sufficient listing of solid and dependable motive power and rolling stock was respectable -- and at 40 pages, the catalogue was similar to calalogues offered in the 1940's and 1950's.