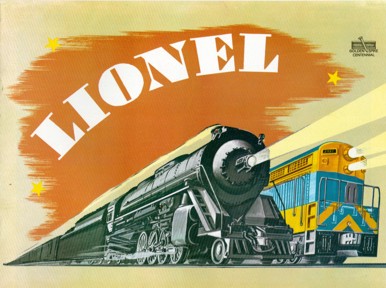 When comparing the 1969 and 1968 consumer catalogues, it appears the 1969 catalogue represented a significant expansion of the Lionel product line. Looking back, however, we now realize Lionel was simply trying to sell remaining inventory. Interestingly, the cover of the catalogue pictured two locomotives not even available for 1969 -- the 736 Berkshire and 2322 Virginian!

When paging through the final postwar catalogue, there is a certain charm to the booklet. The sets are colorful and unique, offerings include single and double Alco sets, an NW2 set and two different steamers heading up a total of three sets. Even the rolling stock is varied as no two sets contain the same freight cars.